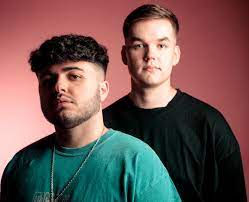 These lads go by Obskür, but their name is intentionally deceptive. Faustas and Lorcan are quite well-known in their hometown of Dublin, Ireland, where they hold residencies at popular night spots like Konspiracy Club and Opium. The duo landed on the scene in 2019 and hit a swift upward trajectory then and there — one that’s seen them play Longitude Festival and amass more than 200,000 monthly listeners on Spotify from around the globe.

Recently, they released ‘The Dark’ (via FFRR) featuring the ethereal vocals of Bklava. Her smoky tones pair well with Obskür’s minimal production and choppy keys. It’s an intoxicating house groove that has us excited for what’s still to come from the young producers. Rumour has it their forthcoming tune ‘Visions’ was signed by none other than Danny Howard, so keep your ears to the ground for that one. You can catch them play at clubs and festivals such as Warehouse Project, Index, Boxed Off and Shine over the next few months.