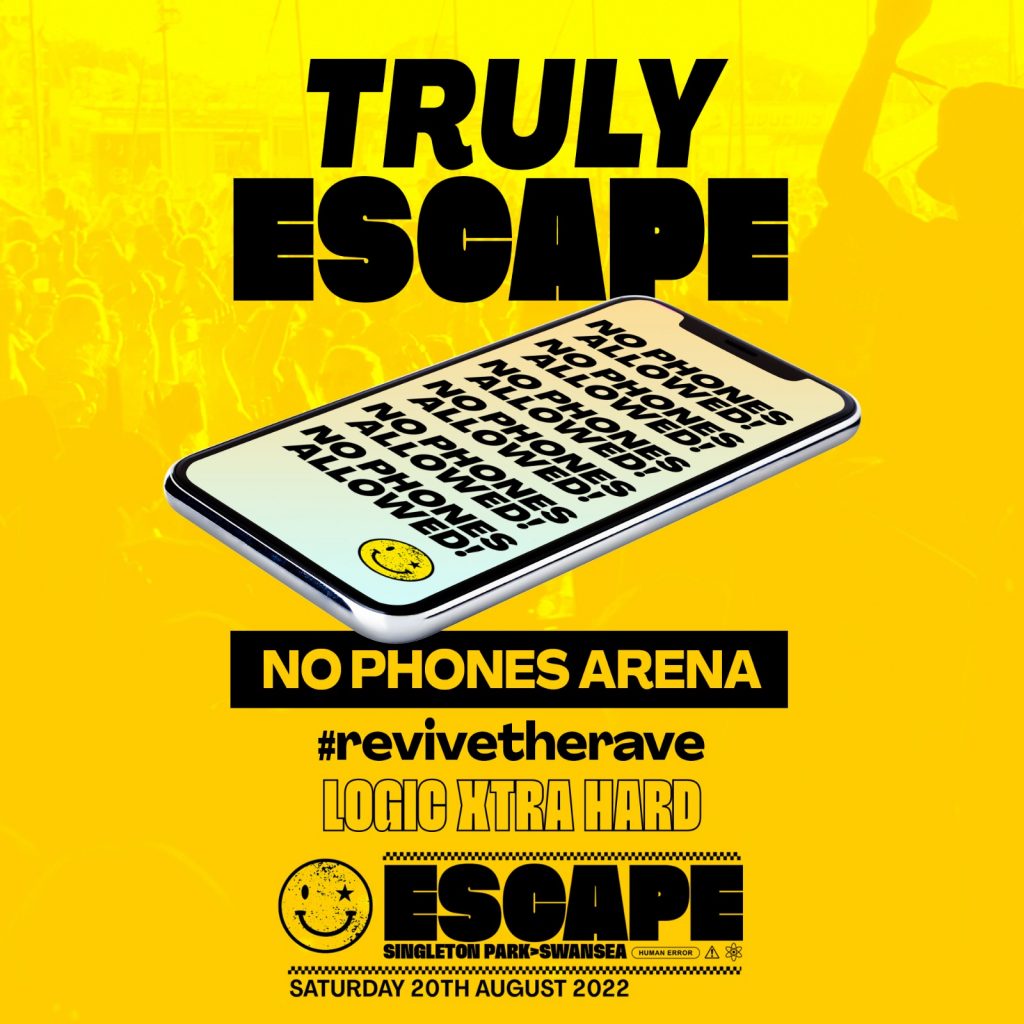 Established in the midst of the acid house era, Escape Festival has played a cardinal role in Wales’ rave culture since 1995. Its numerous festivals and club shows have created countless iconic moments for ravers all over the world.

2021 saw Escape Festival return to Swansea’s Singleton Park after an eleven-year hiatus. The event was a huge success which saw ravers of all ages and backgrounds come together and share their same love for dance music. Escape became a snapshot of what the scene once was: a time when raving offered pure escapism. Life’s stresses were put down on a Friday night, not to be picked up again until Monday. People expressed their true selves and felt safe to do so–there was no judgement, and certainly no Snapchat! All that mattered was living in the moment, feeling every beat of the music and dancing with your chosen family.

That’s the vibe we want to deliver at Escape 2022. That’s why we’re introducing a phone-free arena in an attempt to #ReviveTheRave. This comes as the first in a series of announcements we’ll be making in the lead-up to the festival in an effort to honour our heritage and restore rave culture in its purest form. Strangers in life will become neighbours on the dance floor once again.

We hope to help you truly escape this summer. Click here to get involved.