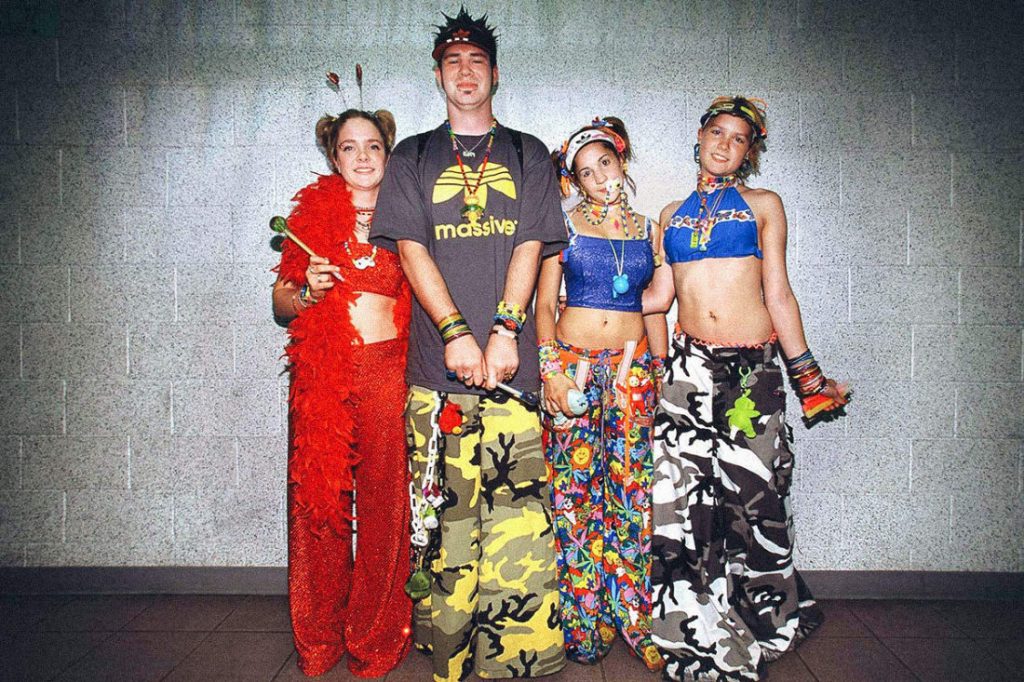 Just as the world around us evolves, trends rise and fall through a process known as the fashion cycle. What is considered in vogue is influenced by factors such as what we’re exposed to by the mainstream media, what our favourite celebrities are wearing and socio-political climates. When Chicago’s acid house party scene first emerged in the UK in the late 80s, it took residence in basements and warehouses as a subculture frowned upon by the establishment. As the movement became popularised by media coverage, the rave scene naturally developed a fashion cycle of its own.

Ravers of the early 90s prioritised functionality, with oversized pieces such as phat pants, overalls and boilersuits being all the rage (a direct result of the rave scene at the time existing predominantly in the underground). It was during this period of time that the acid house smiley face became iconic, adorned by ravers across the country. 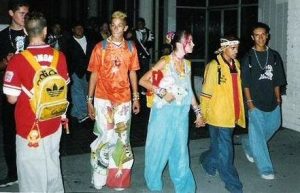 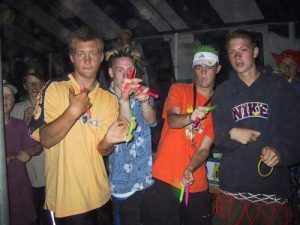 In more recent years, showing more skin has become the trend. The practicality of the 80s has taken a back seat to flirty miniskirts, sheer tops and urban combat gear (belts, cargo trousers etc.). As we enter a similar political climate to that of the 80s, the anarchy of rave culture is coming back into fashion. Amongst government corruption and social unrest, people are once again turning to art for escape- by looking back and putting their own spin on it. Rave fashion today goes against the grain, once again existing as as a counterculture as it enters a new hyper-colourful and hyper-vibrant dimension. 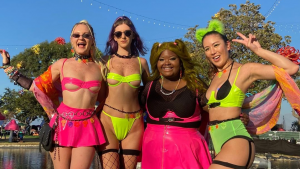